A recent conversation with a colleague made me think more carefully about the metaphors we use when discussing change.

We talk of functional silos and siloed environments where groups, often departments, formulate their own compartmentalised strategies and work in parallel but separately from the rest of the organisation. These insular groups work with little or no interaction transferring work in a traditional waterfall manner. They draw identity, power and status from within their closed culture and are unlikely to share resources or collaborate with other groups due to a general distrust. Silos operate with top down micro-management and are poor at bottom-up communication and forming transversal teams.

The term ‘functional silo syndrome’ was coined in 1988 by Phil Ensor whilst working as an organisational development consultant. A silo is a structure, typically a tower, bunker or pit, for storing bulk materials such as grain, coal or cement. These structures hold their contents without permitting any movement or links between the silos, this is representative of disjointed teams.

The problem with the silo metaphor is that it is increasingly outmoded and invalid. I have yet to find an organisation that actually operates in silos, I suspect those that did have since failed or been forced to change.

We should instead talk about groups as islands with travel always being possible, if difficult, between them. Interaction between the islands can be limited, difficult, tiring and wasteful but it is possible, similar to having a test team in Scrum running in a successive sprint to the development team.

By building bridges between teams, colocating, creating a shared vision, forming cross-functional teams, promoting self-organisation and improving collaboration we reduce overheads and produce better and higher-performing teams. We do not have a choice in this, our customers require us to improve now or we will lose out to more dynamic competitors.

So next time you see heavily functional organisations with unaligned departmental groups think islands and not silos for a better systems model. 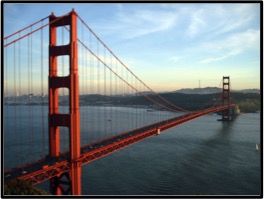